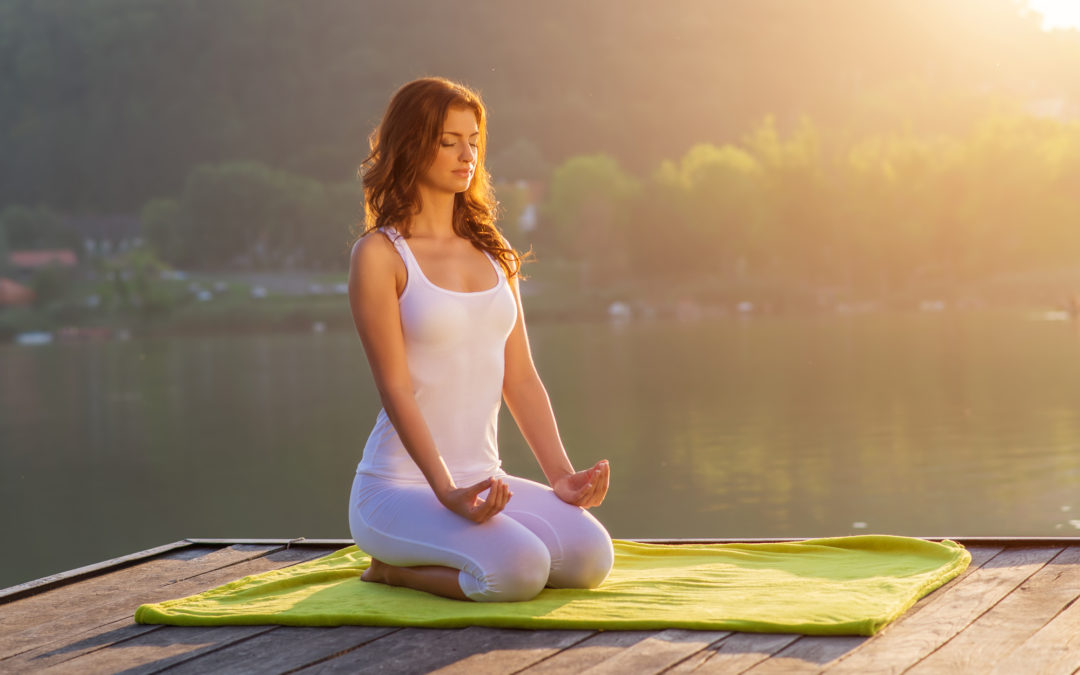 Meditation, the art and method of cultivating conscious awareness. Discover what it is, what it does and the proven ways it can benefit you.

There’s a reason why meditation has taken the western world by storm these last couple of decades. The positives and benefits derived from meditation in relation to our health and overall well-being are simply too numerous to overlook in our increasingly hectic society.

Now there are many different takes on what meditation actually implies. Today however, it’s mostly used as an umbrella term for different types of techniques that involve conscious awareness, concentration and visualization techniques.

In a nutshell, and from my own humble perspective, meditation is about cultivating conscious awareness of yourself and your surroundings to the point where your mind becomes one-pointed, focused and free(r) from distractions in your everyday life. Although visualization techniques can be used as an aid to your meditation practice, the end goal of meditation is not in the visualizing of one’s well being per say but in the actualizing of it. Meditation not only increases the awareness you have of yourself i.e. the inner workings of your body, mind and emotions but also your immediate surroundings and the natural world around you.

What does meditation do?

There are a couple studies that show that meditation actually affects the physical structure of the brain. One fascinating example, a Harvard study published in 2012 found that after exposing people who had never meditated before to an 8-week meditation program caused changes in their brain structure.

In other words, meditation is not only a bunch of relaxation techniques where the subjective sense of peace of mind is attained, but there is convincing evidence that actual physical changes take place in the brain. This claim is also supported by individual subjective reports given by experienced meditators who often claim that their meditation provides them with distinct cognitive and psychological benefits that are usually long-term.

Now onto the specifics. When it comes to health and wellbeing, both physiologically and psychologically, meditation has been scientifically proven to help in a variety of different ways, ranging from the lessening of stress, anxiety and pain to the boosting of emotional health, increase in attention span and even in some cases, a decrease in blood pressure.

There is sufficient evidence to suggest that meditation in its different forms, mindfulness especially, can lower stress.

Chronic stress is a silent killer. There’s been numerous studies which investigate how different meditation techniques, like mindfulness and TM, can be used against stress and the many harmful effects that often results from stress, like sleep problems, depression, fatigue, high blood pressure and anxiety.

Another study that included 3515 participants showed that meditation could result in small to moderate reductions of “negative dimensions of psychological stress”, which simply meant anxiety, depression and pain.

Anxiety, which troubles many people today, can be benefited through the help of meditation.

Depression and depressive symptoms may be lessened through the use of different meditation techniques.

One study that investigated whether compassion based meditations like loving-kindness meditation, an exercise that focuses on boosting positive states of mind, could potentially be used as a psychological intervention found that they may prove strategically useful when dealing with psychological problems that involve interpersonal processes, such as depression, anxiety and anger.

Another study which looked at depression caused by, at least partially, the chronic disease GERD (acid reflux), found that a mindfulness based stress reduction program could prove to be an “effective modality” in the alleviation of its symptoms, especially levels of distress, in GERD patients.

Sleep quality can be improved by incorporating different meditation techniques into your life, especially mindfulness and movement based meditations.

One study that did a systematic review looked at whether movement based meditations like qigong, tai chi and yoga could positively influence sleep quality found that the majority of studies reported an improvement in sleep quality accompanied by improvements in quality of life, physical performance, and depression. However they also noted that some of the studies were suspect when it comes to methodological limitations.

Another systematic review study looked at mindfulness and found that “mindfulness meditation may be effective in treating some aspects of sleep disturbance“.

One study from 2010 looked at 60 participants and whether a buddhist meditation technique could improve their attention span. The participants spent time at a meditation retreat and were tested three times during their stay. The test was done on a computer screen with them observing lines which lasted 30 minutes. As the training went on, the participants improved their ability to discriminate the lines, the improvement in perception made it easier for them to sustain attention. These improvements lasted at least 5 months after the retreat, especially for those who continued to meditate every day.

Another study that investigated a small sample of adults with attention deficit hyperactivity disorder (ADHD) who combined their existing treatment with medication and therapy with meditation and mindfulness. The study found self-reported improvement in their ADHD symptoms and emotional dysregulation.

Meditation techniques, mindfulness in particular, can help people battling addictions, by reducing the need and want for their given addiction.

One fairly recent systematic review study published in 2020, found that mindfulness based intervention (MBI) appears to be effective at reducing the frequency and quantity of substance use, like alcohol but also a couple of other drugs. There was also a reduction in the craving for the addicted substance which led to an increase in the rate of abstinence.

Another study that looked at mindfulness based intervention found that “MBIs may ultimately provide a skillful means of liberating the individual from the push and pull of hedonic dysregulation underlying addiction.”

Meditation helps reduce and make you deal with pain better, mostly by affecting the psychological aspects related to living with chronic pain.

Another study involving 147 participants found that a guided 20-minute meditation resulted in an increase in pain tolerance and decrease in pain intensity, this meditation group also reported a boost in their spiritual well being.

Meditation can boost creativity by focused attention and by changes made in the brain.

One study suggested that mindfulness can boost creativity in an educational environment by using it to support what they call “deliberative mind-wandering” in contrast to spontaneous mind-wandering.

Another study found that cyclical meditation training improved the creativity test performance of the subjects. The researchers also reported an strengthening of the connectivity between the frontal and parietal lobes, which are regions in the brain that are in some way responsible for creative cognition.

Meditation techniques like the compassion based loving-kindness meditation, can increase compassion.

One systematic review study and meta-analysis that researched 26 studies concluded in their findings that “Clinicians and meditation teachers should be aware that meditation can improve positive pro-social emotions and behaviors.”

10. Can improve emotional well being

Certain meditation techniques can improve emotional wellbeing by increasing their awareness of their feelings and thoughts.

One study that investigated mindfulness meditation and its effects on smokers found that the capacity for emotional regulation increased.

By meditating regularly you inoculate yourself against many negatives that life may or rather will bring to your front door. However, we shouldn’t pretend that meditation is all fun and jolly that will only give you peace and joy, because it’s not and it’s safe to say that it has own set of challenges. When these challenges are overcome, most of the beneficial things mentioned in this article will start to reveal themselves more clearly.