The Differences & Similarities Between Pilates and Yoga 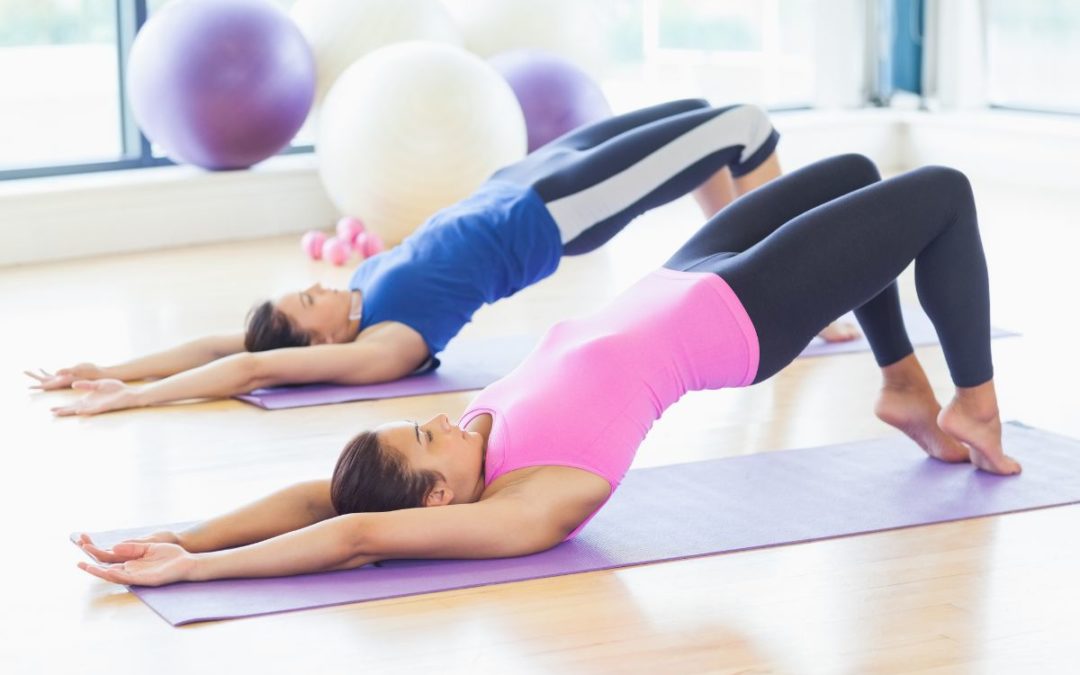 These two wonderful, hugely popular low-intensity workouts are accessible for all in gyms, studios, schools, leisure centres, some hospitals and of course on YouTube! This last one was a blessing for me during lockdown this year… Love for both has increased dramatically during the 21st century, and rightly so! I’m sure you know at least one person who practises either yoga or Pilates – probably more. The beauty of both practices is that they are beneficial for all ages and any level of fitness, and now very readily available.

What are the main differences? How are the two alike?

Although they are both practised by many (37 million yoga lovers in the US and half a million in the UK, and market value for both combined in the UK is £926m), there is still confusion about the two different practices, what they can do for you, and which may be more appropriate for your body, mind, and soul.

The main difference lies in the more traditional spiritual, holistic principles associated with yoga, as well as Pilates’ focus on strength and the simple fact that it uses apparatus as well as the mat (although Iyengar yoga does use some props!). To further complicate matters, there are many different variants of each practice, and teachers and practitioners may even take their own preferences and combine them within a class to create a new interpretation.

Barry Vardy, master trainer and founder of Pilates York in York in the UK, comments:

Pilates was developed as a specific physical set of exercises to strengthen the core, aid rehabilitation, and improve posture, alignment, flexibility and balance. An immediately visible difference is that Pilates uses the reformer and the Cadillac as well as other equipment such as blocks, straps and the bar. I would say yoga practitioners take a more holistic, overall approach which includes the everyday life, and Pilates is about physical and mental well-being stemming from the control the mind has over the body.

Lilley Harvey, owner of Peacock Tree Yoga in York in the UK, has been teaching all ages from 4 – 80+ for 15 years, and says:

Yoga is ancient, going back thousands of years. Although yoga is not a religion, (and is practised by many diverse cultures) it does have a core spiritual component and there is an emphasis on developing a strong body AND a calm mind. When people say ‘yoga’, one immediately thinks only if the physical postures, but actually yoga is a complete holistic lifestyle for global wellbeing.

This is the approach taken by the majority of yoga practitioners; yoga is a true lifestyle commitment, and affects the way you live your everyday life.

So; the spirituality and lifestyle commitment of yoga is definitely a stand-out feature, and the focus on strength, core, alignment and injury rehabilitation in Pilates is a central element of this practice.

A brief potted history of both 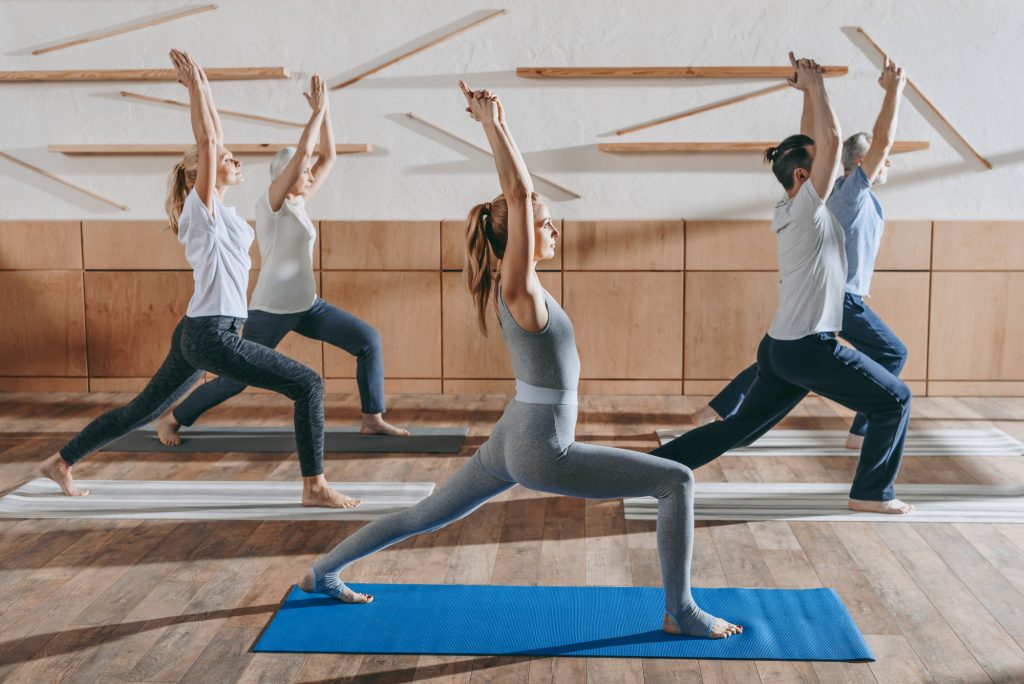 Yoga was traditionally practised by holy ascetics in India and Patanjali, who created the four ‘paths’ of yoga (see below) is generally considered the father of modern yoga. The ultimate aim of yoga was to reach oneness, focus the mind, and connect with a higher consciousness.

These four paths are not to be pursued as separate entities; there are all closely linked. Later centuries have brought with them reinterpreted styles of yoga practice, such as Vinyasa, Yin, Hatha, Iyengar, Ashtanga, Sivananda, Kundalini, Bikram, restorative, and latterly, laughter yoga and karaoke yoga, both of which sound awesome to me! 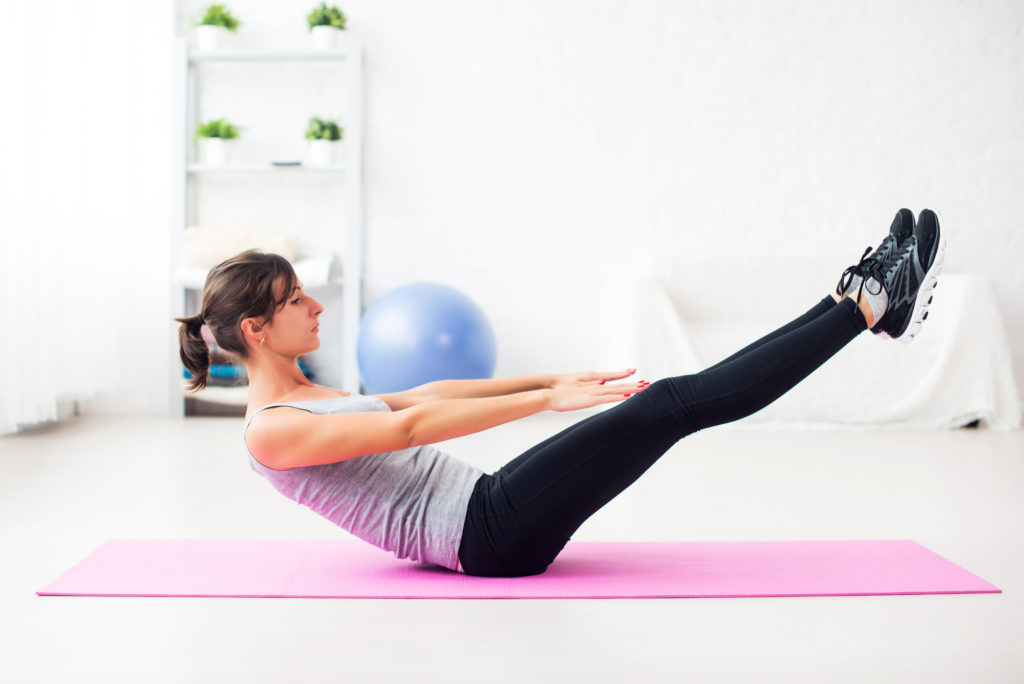 Pilates is most definitely the new kid on the block; I mean, around 4,900 years newer. Joseph Pilates, the founder and teacher, studied yoga in his twenties and was a huge fan. He also studied and drew inspiration from eastern practices and Zen Buddhism. He designed a series of exercises that are firmly rooted in breathing capacity, aimed at improving strength, flexibility, posture, alignment and co-ordination.  He moved from Germany to New York in the 1920s and began to teach his methods to dancers, along with his wife Clara. Whether you choose mat classes or equipment classes, they may well be classed as low-intensity, but you can be sure that you’ll be sore the day after your session if it’s been a strong one!

The six principles of Pilates are:

All of these hugely important concepts should be applied to each movement to ensure you’re getting the entire benefit. Have a look at my other article on True Relaxations for a more in-depth description.

So to delve a little deeper, I’d like to look at a few specific types of yoga and compare them to Pilates. There are, most definitely, more interpretations of yoga than there of Pilates!

Iyengar yoga seems to be the most alike to Pilates; both use equipment, and are dedicated to focus, body alignment and detail. During Iyengar classes your teacher will likely provide a wealth of information about your body and its workings, similar to Pilates instructors may do. These two are also similar in that they are fabulous for injury rehabilitation.

Yin yoga is a calm, quiet, meditative practice which may use props. So a Pilates mat class dedicated to stress release in the neck and shoulders, for example, could well be comparable.

Restorative yoga, equally, uses blocks, blankets and bolster to provide support for the poses that will hold be holding. It’s mellow, slow-moving and restorative (!), and great for athletes on recovery days for example, so similar to a calm, strengthening Pilates mat class.

Kundalini yoga appears hugely different to Pilates, indeed hugely different to many other variants of yoga. Beloved by Russell Brand, who credits it for assisting him in dealing with his addictions, it’s physically and mentally challenging, involving repeated movements and intense breath work accompanied by singing, chanting and meditation. The aim is to break through your internal barriers and reach a higher level of self-awareness with the spiritual energy the practice achieves.

Bikram yoga is a sweaty one! So if you’re doing an intense Pilates equipment class with a lot of strong stretches, then yes, the day after both practices your muscles will be feeling amazing and worked out if you’re an old hand, or a little sore if you’re a beginner! Likewise, with hot yoga, practised in a heated room, but less bound to the same 26-pose Bikram sequence.

What’s best for you?

The two practices are certainly related – Joseph Pilates studied yoga and loved it – but the variations mean that there is truly something for everyone, whether you prefer to access your spiritual side and embrace the holistic lifestyle offered by yoga or you like to find your calm through the relaxing yet strong core workouts of Pilates.

Some people do both, and some prefer to stick with one. Yoga is a ray of light for Madonna, and spices up Geri Halliwell’s life (sorry, couldn’t resist).  Fearne Cotton regularly displays her calm ‘headspace’ yoga poses on Instagram, and Matthew McConaughey is a big fan. Beyoncé and Kate Hudson adore both practices. Lady Gaga, Cameron Diaz and Kate Winslet love Pilates. I truly believe that anyone who starts either practice will almost certainly continue, and will reap the benefits for mind, body and soul.

P.S. Cosmic Kids yoga on YouTube is awesome for kids!

Claire King is a copywriter and translator based in York, the UK. When she’s not reading, writing, or doodling ads, you’ll find her practising Pilates or enjoying some top-notch comedy!