Psychological Alchemy and the Art of Spiritual Healing 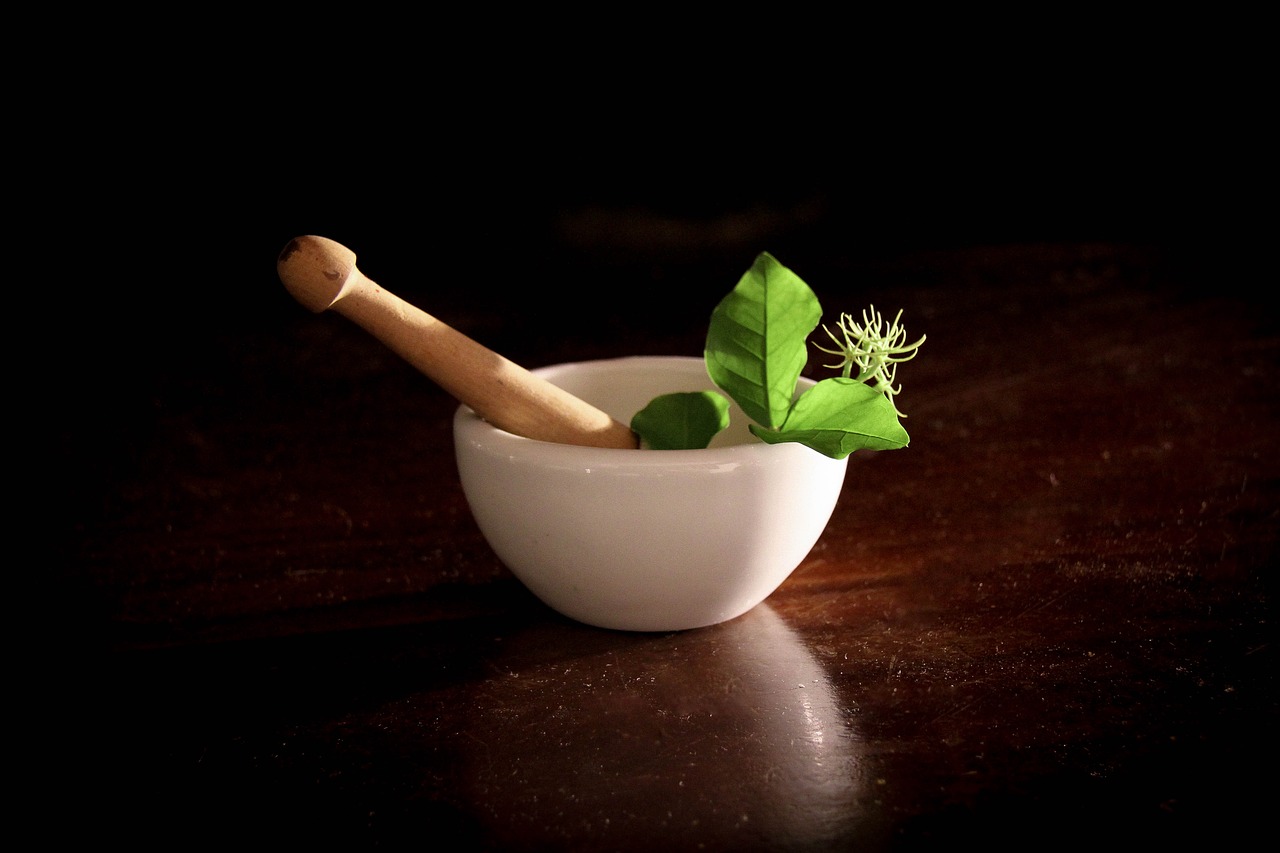 Life can be quite tough on some. The ways in the difficulties can pound up are quite frankly innumerable. Whether it is economical challenges, where you find yourself to be indebt simultaneously as you have a family to feed and clothe, or if it happens to be a long-time health issue where the quality of your life has been drastically undermined. Perhaps it’s difficulties in a larger scale and scope, lets say you happen to be part of an underprivileged minority somewhere in the world and you’ve simply had enough with the rampant injustices that your people are suffering daily.

Maybe it’s something else; maybe instead of external, social and physical factors it’s your own psychological mind that is the villain in this movie. Could it be that you’ve become a prisoner of your own capricious mind and you feel stuck, and you can’t seem to figure out to ease your mind and how to let yourself be happy. If this last scenario happens to be the case, I’ve got good news. Because as a wise man once said, “Prisons of the mind are the best kinds of prisons. Why? Because you always hold the key in your own hands.”

If happens to be a battle with depression or if it is the proclivity towards stressing too often, or maybe it is anxieties that are bugging you that you wish to dispel and rid of. In these series of writings on True Relaxations, you will be introduced and induced into a spiritual process of what I call, psychological alchemy. It is through this process you will through some guidance, techniques and insights realize your unconditioned and natural peaceful state of being. This psychological alchemy will attempt to relax your heart by making use of those damn buggers that have been troubling you for god knows how long. The psychological ailments will first and foremost be understood, clarified and diagnosed, and then they will be treated with spiritual, natural and meditative means. These are the methods which I deem to be the most long-term efficient methods that is good on your entire consciousness and not only your psychological mind. I mean sure you could pop some pills and numb yourself into a momentary satisfactory unconsciousness, but that will only be as just mentioned, momentary. Those means will also most likely end up being counter-productive to your whole system.

The spiritual path may perhaps seem slower when it comes to producing results. But if the individual is sufficiently earnest, there are no limits to what your consciousness can treat, diagnose and cure.

This article is not intended for merely spiritually inclined people, rather these words will simply try to open up a new supremely healthy perspective on your existential conundrum, that is if you happen to have one.

These meditative contemplations on psychological alchemy is not be about throwing away your depressions and anxieties, oh no it sure isn’t about that, it’s rather about making use of these energies by transmuting them into a spiritual goldmine. So in a funny way, you end up thanking these difficult psychological states for being there, as they work as the foundation on which we build a healthy mind and spirit.

But lets not get ahead of ourselves by talking about the end, when we haven’t even truly begun.

Chapter I: You Are Greater Than All Your Despairs! One essential thing to know before one can begin this transmutation of base volatile feelings into pure spiritual gold, is that you are NOT your despairs, no matter how heavy or many they are or appear to be. No matter how much they wear you down or tear you up, or however much they are felt as being obstacles by limiting your true potential. No matter the negativity of your thoughts, no matter.. No matter all these possible scenarios, you should always know that you are infinitely greater than all of them in every imaginable way.

How and in what way am I greater you might be wondering?

Well, first and foremost your anxieties and depressions are not original to you, as they were adopted by you, whether consciously or unconsciously, at certain stages in your life. It could have been a certain habit that was programmed into you by certain individuals in your vicinity when growing up. Perhaps it was in school or at home, by a friend or a foe, a parent or a cousin, the origin of the depression or anxiety doesnt really matter, what does matter is knowing that they they are not original to you.

In other words these despairs are/were born and bred in time.

What Does Time Say To You?

Perhaps this “truth” of life is indeed why you are depressed, stressed, and anxious. Maybe its not a conscious knowing of it, but a subconscious one.

Well simply because you as consciousness have magnificent and great powers at your disposal, powers which most likely have been and still are quite dormant or undiscovered in your being. These intuitive and original powers of yours I shall also in due “time” reveal to you.

Secondly, if you are perceptive enough, the despairs that apparently are auditioning for your attention can be seen to be merely fleeting mental objects occurring in your consciousness, and also in that very moment of clarity and recognition there can be a serene detachment and distancing from them with quite meditative ease.

However some despairs can indeed be quite deep-rooted into ones existential situation, this is due to and depending on the severity of the circumstances that caused this negative state within your psyche. Traumas can be in some ways harder to treat than accumulated destructive energies spanning over a certain time which in turn are established as habits, although bad habits, as almost any adult person can attest to, are also quite a handful and a challenge to overcome sometimes.

No matter if its a trauma or if its a deep-rooted tendency towards self-inflicting mental anguish, these can all be seen as transient mental objects occurring in the space of your consciousness. The more one cultivates this “dharmic” eye of perceptivity, the more you have the capacity to move out of the claustrophobia that the ego-mind so often imposes upon you.

Your Despairs Have No Real Substance to Them!

Thirdly and lastly, which also happens to be in relation to the second point, is that these depressions, anxieties and stress’ have no real substance to them, except for the belief and attention which you inevitably provide them with. As any mental phenomena occurring in your consciousness, you have a great power of either going with it and believing it or you could simply impassionately allow it to come and go, which also is a form of disregarding it.

Moreover, all thoughts report to a certain “seer” or “listener”, which inevitably happens to be you or the consciousness!

You should also know that without your consciousness to register them, the despairs couldn’t exist independently, as they will always need an awareness to report to.

Now, “personally”, I find this fact to be quite an empowering understanding of who one truly is and how it relates to all that happens in your life, and not only your despairs.

In conclusion, if you sincerely wish to transmute all the negative energies of the mind into immaculate spiritual clarity, one must refine ones understanding of oneself and at some point come to know oneself sufficiently.

So how does this understanding happen? Well this is something we will find out as we go along on our noble process of transmutation and transformation!

That being said, I find it healthy to just repeat myself by saying that you are the nexus of your reality and in some essential yet subtle way also the main energy line to all of the psychological shenanigans that appear in your consciousness.

Also and most important thing to take away from this chapter is that you are GREATER than all of your despairs. Whether they are of the past, present or future.

You as consciousness are greater than all of them combined.

Chapter II: You Are Not Your Mind This chapter is quite similar to the first one, but it differs in one important respect, namely, the object of focus. In the previous chapter, it was argued that you were greater than your despairs, no matter how numerous they were. In this chapter I want to clarify exactly, what I mean by the “you” in the statement “you are greater than your despairs”.

There are two different you’s in you I dare say, or what do I know perhaps you’ve got that extremely rare condition of having multiple you’s, but most likely not. Nevertheless, these two you’s I’m talking about is the personal you and the presence you. Now it is important to distinguish between your personhood and your sense of presence. Your sense of person has a certain name and form added unto it. The personal you is heavier in a psychological sense than the sense of presence. Your sense of presence is unsurprisingly impersonal and in some subtle and miraculous way weightless and pure in its perceiving of all experiences.

Furthermore, the person, or the psychological mind is not really who you are. Now this may come as a chocking statement for some, especially those that are heavily identified with their psychological mind and physical body. But hey, what can you do! Sometimes the healthiest thing that can happen to someone is being chocked back to ones senses. This existential “chock” can jolt you back up to being sober, awake and present again, instead of walking around like a zombie. Not that I’m calling you a zombie, hell.. you could be the most enlightened fella out there. No I’m rather just expressing some possible actualities involved with the personal state of being.

The psychological mind can also be viewed as the limited aspect of your consciousness. It is the part of you, which is conditioned by your society’s and cultural values and projections. Moreover to know firmly that these conditionings are not who you are in your essence is a great step towards furthering and refining ones psychological alchemical process.

For now let these “lesser” aspects be there floating around in your consciousness, but don’t give them to much importance, because most often it is indeed the case that the psychological mind will be the villain in the end.