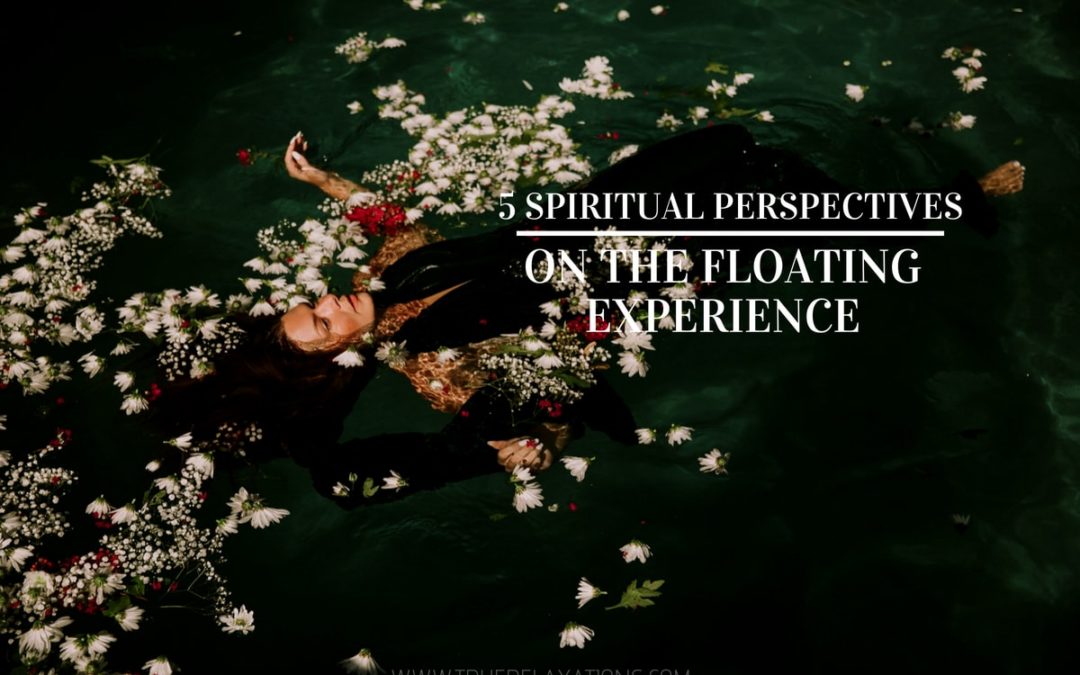 Have you heard of floating? Or perhaps a float tank?

If not, a float tank, also called a sensory deprivation tank is a special kind of tub that makes you feel formless and weightless while floating in silent darkness.

This is done by a couple of neat tricks, like for example the epsom salt poured into the water which makes you float easier, plus the temperature of the water to match the temperature of your skin so that you don’t notice it, and of course the sensory deprivation aspects of the whole thing (silence and pitch-black darkness).

That being said, I’ve personally found five fascinating points of the floating experience to correspond with some key themes in spirituality. This is also why I suspect floating has become so successful and established in certain parts of the world.

Because it simply cuts the bullshit and brings us back to ourselves.

Now the five points are the following:

The first one is:

I have to say that probably the most relaxing feeling that emerges from the floating experience is the weightlessness that it induces, an experience or state of being that could be seen to correspond with one key feature of consciousness from a non-dual stance.

What do I mean by this? Well simply that your consciousness has no weight in the same way your body, clothes and accessories has weight for example. Heck, even your thoughts, sensations and feelings have a certain weight to them, but your consciousness is weightless, it doesn’t share this limitation in three-dimensional space.

It is simply here resting in it self, lighter than a feather.

This is indeed a powerful spiritual insight into the nature of your own consciousness.

Another thing that goes along the weightless aspect of floating and the essence of consciousness, is the idea of formlessness. Obviously from the floating perspective, you spontaneously feel formless because of the adjusted temperature of the water in the tank to match your skin.

Moreover From a Zen and Non-Dual perspective, your consciousness in its primordial condition has no distinguishable features which you can point out. Since everything transpires before it, it itself can never be an object to its own perception.

Its like an eye that sees all things but cannot see itself.

Consciousness is formless and supremely flexible, where it can take the shape of anything and everything. Just like water takes the shape of whatever object you pour it into, even more so can consciousness manifest itself in the universe.

Because of its formlessness of course, it allows it to be everything and nothing at the same time.

Yet another powerful insight! Don’t you agree? 🙂

Stillness is one of the most pleasing states for our being, a state where you are simply resting in yourself. It is our natural state which also means that it our source of natural satisfaction.

Floating happens to mimic this supremely natural state incredibly well. When you are floating, detached from the vast amount of sensory inputs (auditory, visual), the only thing that is going to disturb your stillness and silence is yourself, I.E. your thoughts and perhaps bodily pains.

Now by exposing yourself to this stillness you are inducing a natural form of meditation within you, even if you haven’t meditated before or don’t know what meditation entails.

Perhaps this is why some initially find the floating experience to be quite scary.

However that “scare” is rather ridiculous from a spiritual perspective, because the insightful mind knows that it is only the ego or sense of separate self that is being rattled.

Through this introducing of this “floating stillness”, there arises some sort of a natural awareness and meditation which the ego can’t handle very well. The gaze of the meditative eyes of a wise mind becomes unbearable, as it feels threatened, and rightly so… 🙂

Moreover and as mentioned the stillness naturally induces a level of sensitivity and awareness because our usual sensory distractions become absent.

You are simply confronted with yourself, naked. Not only naked bodily, but also mentally and emotionally.

The floating experience can thus be seen as a effective healing session, body, mind and spirit.

This brings us to our last mentioned quality, which is…

One would predict that feelings and states being characterized by peace and serenity naturally and easily arises out of these above mentioned states. From my point of view, peace and serenity isn’t so far off from weightlessness, formlessness, silence, natural meditation. These are qualities that could potentially arise from the floating experience but more importantly qualities flowering from the spiritually earnest individual seeking for Truth and the joy of life. Which in turn are the qualities arising out of a profound understanding of yourself.

Through this peace and serenity the body is healing itself unhinderedly, while the mind goes into some sort of a healthy maintenance mode.

Hopefully you’ll also be able to entertain and confirm these thoughts I’ve presented to you in your own experience, as I find them to be quite powerful insights into the nature of consciousness and the amazing benefits of the great invention which is the floating tank.

Learn more about Floating or the Isolation Tank!