5 Zen Jewelry to Remind You to Be Here Now 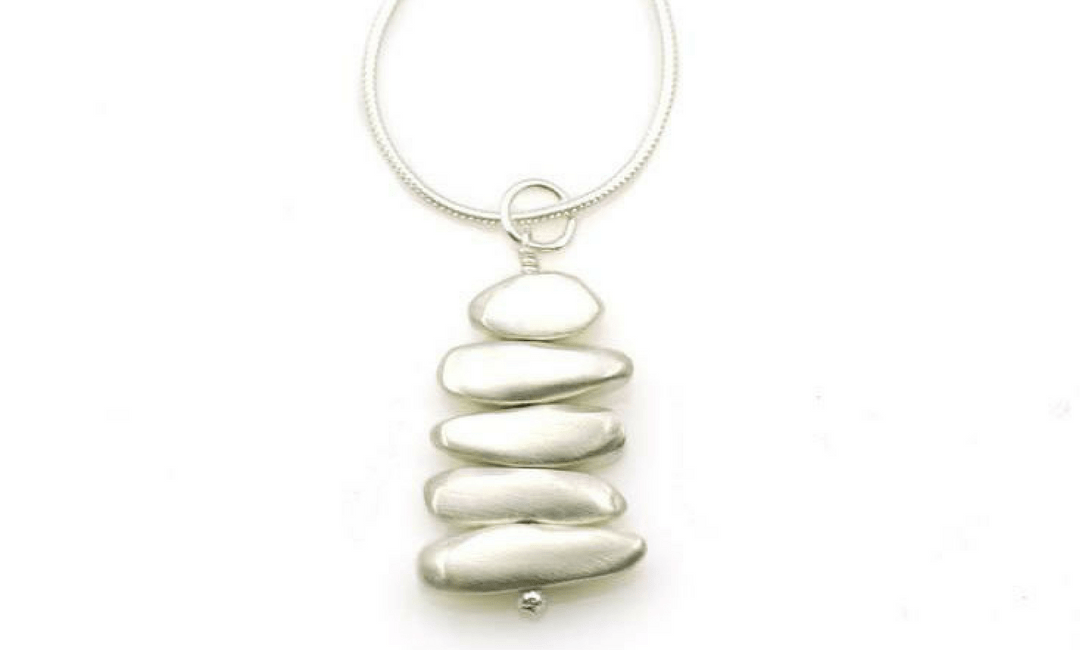 A word and idea that has become integrated within most western languages. A term that has become somewhat of a cliché, something anyone can just throw out there in order to convey that special something, most often some kind of an intense mental focus.

Being here now: zen, chan, dhyana, is a worthy topic to cover. We’ve done it before on TrueRelaxations when discussing topics like mindfulness and floating, but in this article we’ll have a look at something more tangible, namely “zen items”, accessories that remind you to simply be present wherever you might be.

So then lets dive into it! The zen circle brush, also known as Enso, is a great way to begin this listicle on being present. Its simplicity and unpretentious beauty has captured the minds of many intelligent and spiritually inclined beings.

For my self all I see when I look at it is freedom of expression. Not having to be a certain way, but just being. The fact that it often isn’t a fully formed circle but a semi one, makes it even more mesmerizing.

I sincerely feel that sometimes we need to let go of the notions of how life ought to be, so that we can relax more into our natural selves and embrace things as they are.

That being said, I hope this purdy necklace can aid you or someone you know do precisely that, if not, its still awfully pretty to look at.

Interesting Fact: Did you know that some individuals draw a enso circle a day as a spiritual practice to keep their minds unfettered and free. What does it mean? To be here now? It is indeed mentioned in the very title of this article, i.e. reminders to be here now.

Can we be anywhere else than here and now? If so, where?

These are highly meditative questions which can, if pursued earnestly enough, bring one into a deeper realization of what it is that seemingly not here, and not now.

In truth, as you might have surmised, we can never not be here and now. We are this moment, just as surely as we are living it.

The trick and the rub however lies in our thoughts, projections and our incessant belief in them. When you overly “believe” and attach yourself to your thoughts and ideas about life. You fall, so to say, into the clutches of time. Not that time is evil, but it can deceive you into believing that you are merely of time. However, that is not your essential truth.

This bracelet is an easy way to remind you of this almost “magical” fact.

Interesting Fact: Well perhaps not that interesting of a fact, but personally one of my favourite songs is called Be Here Now by Ray LaMontagne. Alongside the powerful message of “be here now” I’ve also found that “breathe” can be equally calming. Breathing is as we have discussed before on TrueRelaxations, a powerful activity, an activity that most people unfortunately just overlook as a by-product of living.

Why breath is so strikingly fascinating is because it is a process that happens to our organism by itself (naturally) while we can simultaneously manipulate it through our own will.

Moreover it is also the most immediate link that we have to life, as you can live months without food, weeks without water, but no longer than a couple minutes without breath.

That being said since sometimes we forget ourselves and our breathing with it, hopefully this ring can remind you to “just breathe” and do nothing else.

Interesting Fact: Siddhartha Gautama, also known as The Buddha, recommended chiefly awareness of breath as the means of attaining to enlightenment (nirvana). The beauty is undeniable. Whether its the mesmerizing metaphor spun around and about the lotus flower and its growth on muddy waters or just the flower itself. “Sacred Lotus” flowers are some of the, if not THE, most cherished flower in all of eastern spirituality. It being the national flower of India and Vietnam.

The lotus flower will not only remind you to be present and aware but its symbolic significance can also instill fearlessness and courage into your heart. The wisdom being that whatever you may be experiencing in life, whatever it may be, it can eventually be transcended with grace and supreme beauty.

Interesting Fact: An individual lotus flower (the seeds) can live up to over a thousand years! Though I’ve used the word beauty quite a few times in this article, not to utter it when mentioning this necklace would be insanity! This solid necklace depicting meditative balancing stones (cairn), is truly one of the finest pieces, the fact that it is handcrafted makes it even more precious to look at and or even better, to actually wear around your neck!

Interesting Fact: Cairns have been used for a variety of different purposes in our human history, ranging from burial monuments, mark trails, navigation, astronomy and much more.

For some spiritual seekers being here now is a constant practice, for others it is a constant unbroken reality. Oftentimes on the spiritual path to self-realization, one needs occasional reminders that point you in the right direction, that direction which leads to nowhere but your own centre. From you to yourself. Hopefully these beautiful artistic “objects” can eventually help you onto that full recognition of that which isn’t an object, namely the truth of your own being.

Standing in yourself, as yourself.