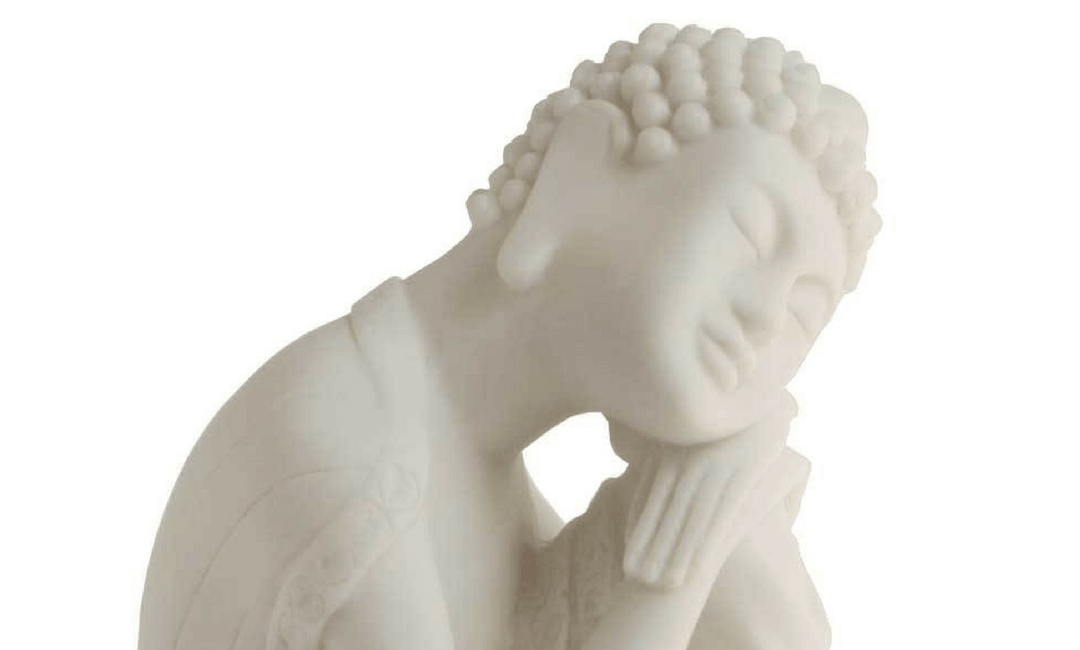 The Buddha has become a powerful symbol of spiritual wisdom, serenity and compassion in western society this last century. This becomes especially apparent when visiting the homes and spaces of certain spiritually inclined individuals.

Buddha statues and figurines of course!

Buddha statues are quite the popular purchase for spiritually in tune people drawn to the wisdom of the east. Even if these same people aren’t necessarily buddhist practitioners, they still do feel a connection with the spiritual wisdom of the Buddha.

Having said that, in this article we’ll have a closer look at some of the most beautiful and artistically made Buddha statues that you can decorate your home and garden with, available on the online stores BuddhaGroove and on Amazon.

We’ll also end each item with a genuine quote by Gautama Buddha himself. A resting Buddha is a common sight, either laying on his side or simply sitting comfortably in a lotus position with a serene smile on his face. Apparently when you’re free from suffering you’re induced into a state of “resting in peace” before actually going six feet under.

How about that? A human being resting in peace while actually being fully alive and well! That’s a rare sight isn’t it?

Yep.. perhaps that is the essential message of nirvana! Resting in peace as yourself. 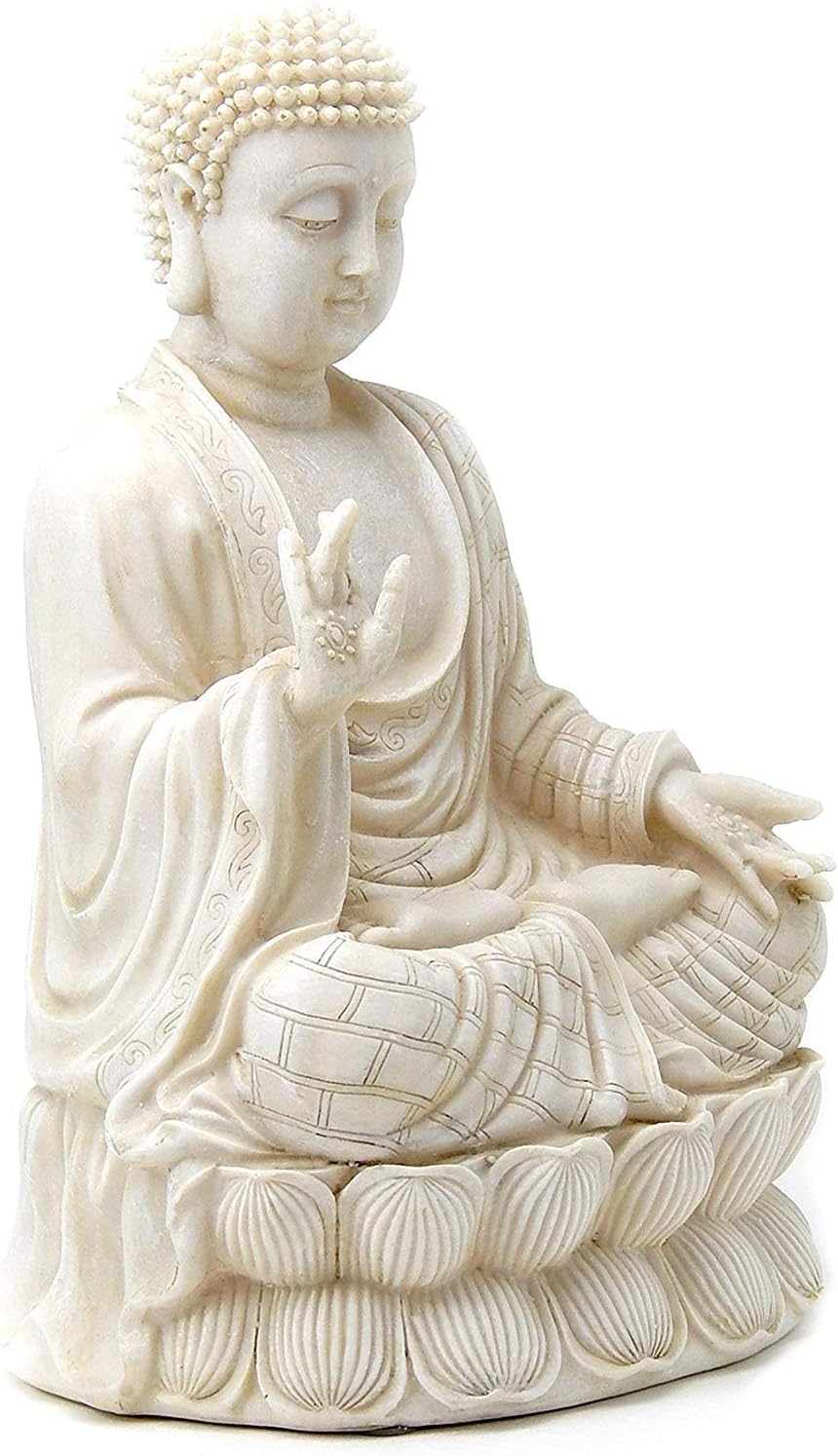 The Buddha described that life was characterized by suffering or more correctly unsatisfactoriness. Whenever we fulfill a desire, another desire arises and takes its place. Siddhartha Gautama was well aware of this process, and in many ways his spiritual method was aimed at counteracting this phenomena that was and still is rampant amongst us humans. This statue features the Buddha holding up a mudra (gesture), most likely a variant of the Abhayamudra, a gesture of fearlessness, which will we see in another statue down the list.

Both formerly and now, it is only suffering that I describe, and the cessation of suffering.
Buddha 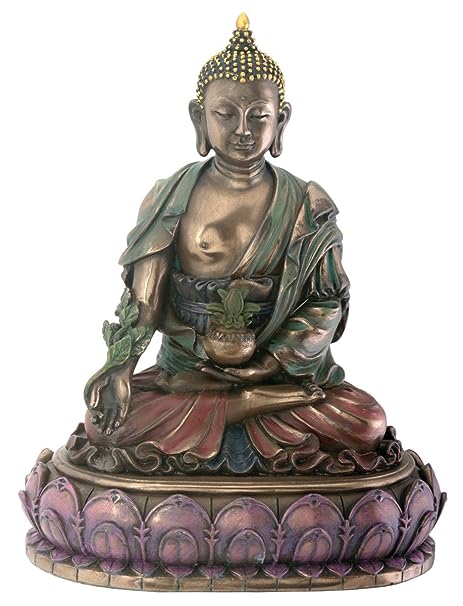 Sometimes we all need some healing in our lives. This greenish colored and nature-infused Buddha figurine is a beautiful and gentle reminder that whatever we do, life takes care of life.

Life takes care of life simply means that the world and the universe has been here for a unfathomably long time and that it has given birth to trillions of beings, and by knowing this fully one can rest.

Put in another way, sometimes we need to let go of our judgements and conclusions about certain things and let everything be what it is. When this is done, you can begin healing from psychological wounds you didn’t even know you had.

Hatred is never appeased by hatred in this world. By non-hatred alone is hatred appeased. This is a law eternal.
Buddha This figurine is a beauty as well, here the Buddha holds the mudra (gesture) known as Abhayamudrā “gesture of fearlessness”, one of the earliest mudrās depicted in Indian religions, which signifies as the literal translation says, the absence of fear but also safety, divine protection and existential equilibrium. If you’re someone who has struggled with anxiety or debilitating stress during your life, this one can be the right one for you. When the Abhayamudrā is performed, the right hand is held upright, and the palm is faces outwards.

There is no fear for one whose mind is not filled with desires.
Buddha 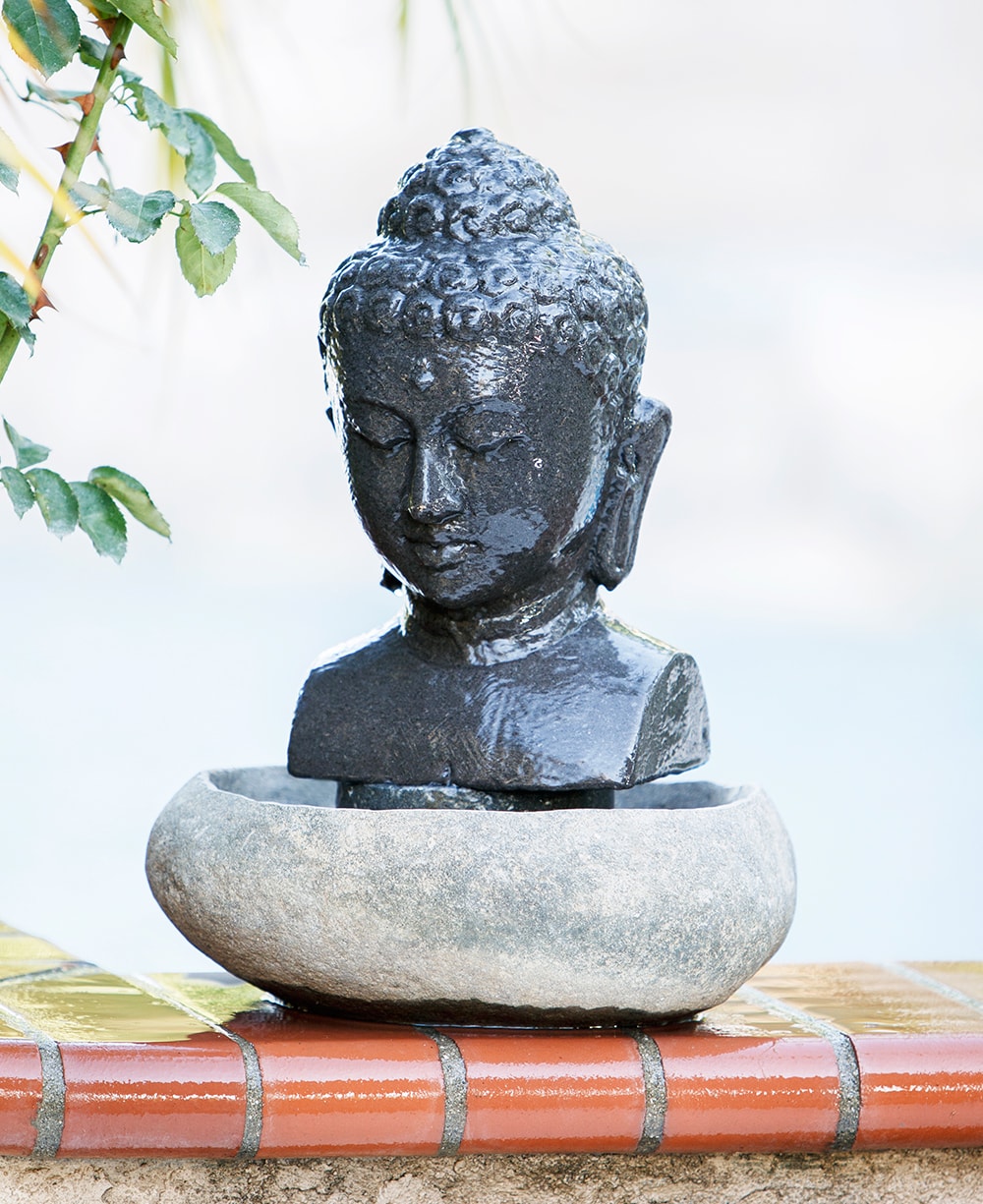 This one is truly mesmerizing, not only is it very beautiful but it’s also a fully functional fountain which is perfect if you’re looking one for your garden. The soothing sounds of water running is an extra feature that your home may be lacking! The water pump is built in to the statue, though a minor assembly is needed to install it. It’s appropriate for both indoor and outdoor use, that is with proper outdoor wiring of course.

I found it note We should all be joyous to be alive. The soft smile on the gentle face of the Buddha has become an universal symbol of that innate joy present in all of us, if we only care to look.

Buddha thought that too!

What do you think?

May all beings have happy minds.
Buddha 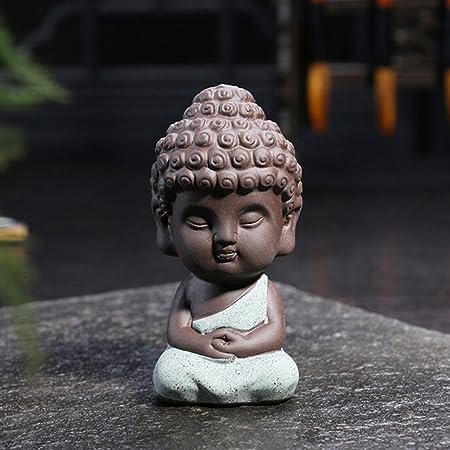 I couldn’t dare leave these cute small figurines out in this collection! They are just so darn cute.

They are such small statues/figurines yet still manage to express so much!

These fit perfectly almost anywhere, you can sprinkle them around your garden or have them here and there in your home. 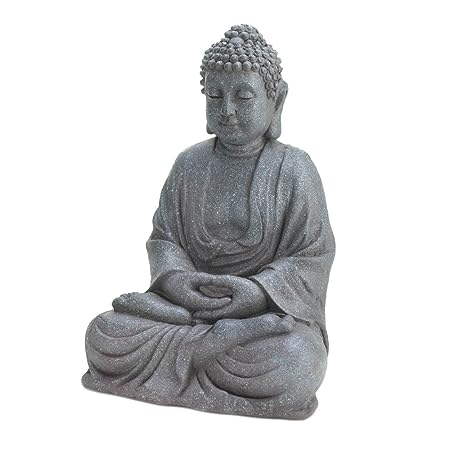 We all should learn to stop in our tracks and simply observe ourselves, our thoughts, sensations, feelings, ideas in our day to day lives.

This is a heavily ignored “skill” by modern society. Most of us have been indoctrinated into thinking productivity is the ultimate goal. Me nor the Buddha would agree with that sentiment.

The understanding that one attains to when stopping and listening to one’s own existential situation on this planet is far greater than any amount of productivity.

I mean sure being productive is great, one can do many good things with ones productivity like for example feeding one’s family, helping and sharing with the community one lives in. That being said, in my view, productivity shouldn’t be the only guiding beacon of one’s life. The inner realm is the true realm and should be your north star.

In this statue, the Buddha is holding the sacred Dhyana mudra, which characterizes the flow of prana or life force. Being one of the most commonly practiced hand gestures, it is not only found in Buddhism but also in Hinduism and other yogic traditions.

Why did the Buddha become such a influential and global spiritual symbol?

Indeed sometimes this is what I ask myself as there have lived many great spiritual masters and mystics throughout history who also have put forth powerful spiritual teachings.

What distinguishes the historical buddha, Siddhartha Gautama, in my view, is the universality, availability and clarity of his teachings.

One interesting thing with Buddhism is that the Buddhist creed does not compel you to believe in a deity of any kind. Whether God exists or not is not the focus of Buddhism, rather what lies at the heart of Buddhism is freedom from suffering also known as nirvana or deliverance of the mind. Though there are many ways of interpreting this state of being, for our own purposes let’s just equate it to one simple thing. Happiness!

So then, be happy!