The Many Potential Benefits of CBD (Cannabidiol) 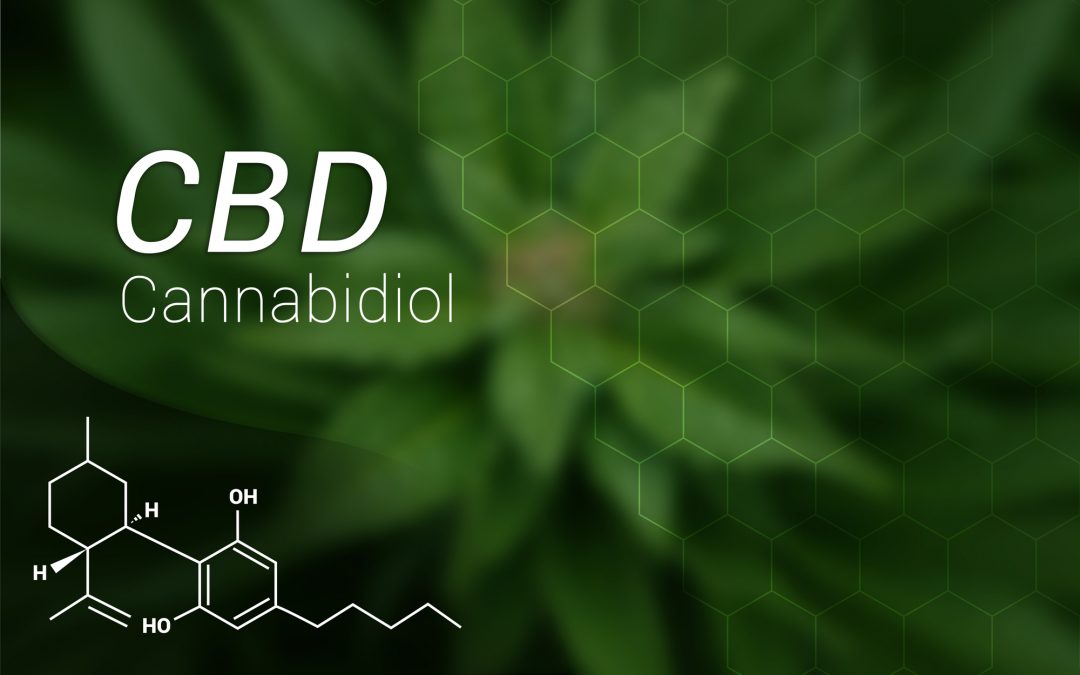 CBD has seen an enormous spike in interest in the mainstream media in recent years, and can be found in anywhere from coffee, muscle balms, and skincare. The CBD industry is flourishing so much, that it is conservatively projected to be worth $16 billion in the US by 2025. But what actually is CBD, what affects and benefits does it have on the body, and how?

Cannabidiol, or CBD, is the second most prevalent active compound of the cannabis plant. The cannabis sativa plant contains more than 100 different chemicals known as cannabinoids, the two most common being CBD and tetrahydrocannabinol, or THC. THC is the most prevalent cannabinoid, and is psychoactive, producing the “high” sensation commonly associated with the cannabis plant. Isolated CBD, on the other hand, is nonpsychoactive, leading to the projection that this cannabinoid has great potential for application to a wide range of mental and physical conditions and concerns. In fact, preclinical and clinical studies have shown that CBD possesses a wide range of therapeutic properties, including antipsychotic, analgesic, antioxidant, anti-inflammatory, and anxiolytic effects.

How does CBD affect our physiology to bring about these health benefits? To understand this, we must first grasp the complexities of the Endocannabinoid System (ECS).

When scientists isolated numerous phytocannabinoids from the cannabis plant (“phyto” means “plant”), and studied their effects, it revealed a web of receptors, enzymes, and biochemical pathways involved in producing and utilising the body’s own form of cannabinoids, or endocannabinoids (“endo” means “originating within the body”). This system is not exclusive to humans; we share these neurochemicals with other mammals, birds, amphibians, and fish. The ECS is no new phenomenon either, evolving almost 600 million years ago – to put this into perspective, at this time in Earth’s history, life is evolving in the oceans and seas of the planet, and multicellular life is just starting to emerge onto dry land. Scientists argue that for this system to survive this amount of time, it must serve a range of evolutionarily important functions.

The two main receptors in the ECS are CB1 and CB2. CB1 receptors are the most common receptors in the central nervous system, but are also found throughout the body at lower densities. CB1 receptors, depending on the region of the brain where they are situated, can moderate memory, mood, motor function, and the perception of pain. These receptors cause the psychoactive response when THC binds to them. CB2 receptors are commonly found on the cells of our immune system, and moderate inflammation and our immune response.

The ECS can be thrown out of balance easily, with stress, diet, exercise, and modern lifestyles all taking a toll on this natural system. By re-balancing this complex system, or bringing about a state of homeostasis, the benefits to our health and well-being are felt.

How does CBD affect us, and why is it special? 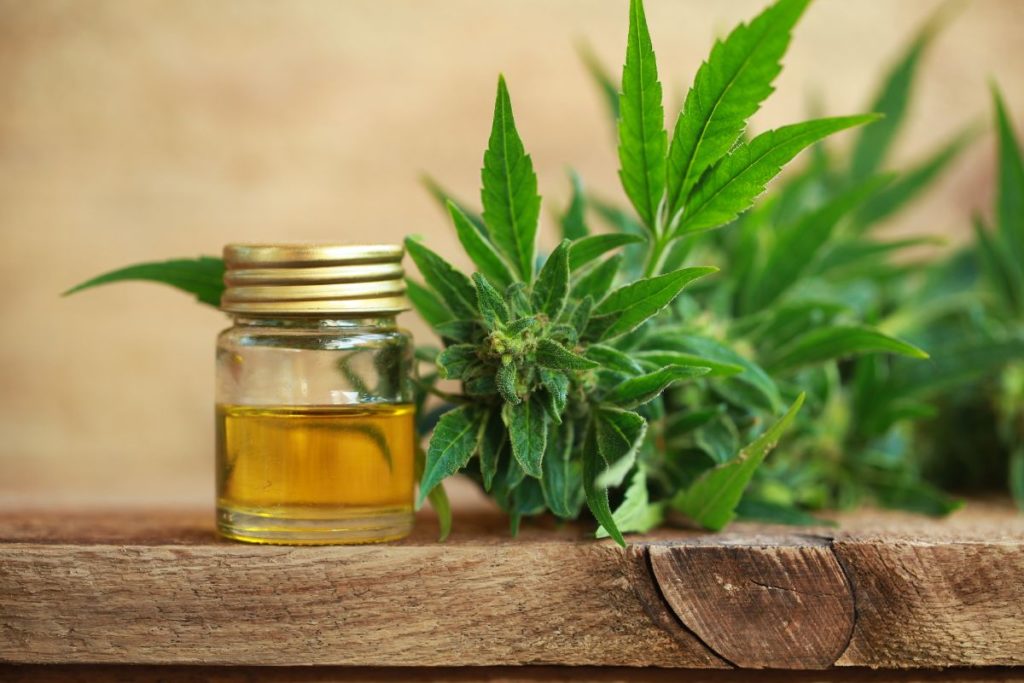 Most cannabinoids bind to both CB1 and CB2 receptors. The phytocannabinoid CBD, however, is different – instead of stimulating (and potentially overstimulating) the ECS, CBD modifies CB1 receptors so that they are harder to activate and over-activate. CBD also influences other types of receptors and systems, like serotonin and pain receptors, and enhances the body’s natural levels of endocannabinoids. This rebalancing and modulation of the activity of the ECS leads to the therapeutic affects that can be applied to a range of health concerns and conditions, enhancing overall health, well-being and vitality.

Sleep is regulated by several brain structures, neurotransmitters and neuromodulators. As endocannabinoids have a modulatory affect on the brain and bind to cannabinoid receptors, it has been argued that the ECS modulates several brain functions, one of those being sleep. Since this system is present in several species and evolved approximately 600 million years ago, this leads scientists to speculate of the integral role of the ECS on a range of functions within the body, such as sleep modulation.

Studies have found that patients who slept poorly saw improved sleep scores after one month when CBD was combined with the patients’ regular medication. A crossover study comparing CBD with nitrazepam, a common pharmaceutical drug administered to help treat depression and insomnia, found that high doses of CBD increased the duration of sleep. Studies suggest that CBD may be helpful with both falling asleep and staying asleep.

One of the most common reasons cited for the use of CBD was for anxiety, according to a survey of 5,000 people conducted by the Brightfield Group, a cannabis market research firm. And the anxiolytic effects of CBD have been documented in a range of studies.

In one such study, healthy volunteers were put through a mildly stressful situation through the use of the Simulated Public Speaking Test (SPST), where participants were asked to speak for a few minutes in front of a camera while the state of anxiety and its common physiological responses were recorded, such as heart rate and blood pressure. This test was effective in inducing anxiety amongst the participants. Compared with pharmaceutical medications for anxiety, diazepam and ipsapirone, CBD was as effective at reducing anxiety caused by the SPST.

Linking this back to the ECS, this anxiolytic affect of CBD can be attributed to how it interacts with several receptors in the body known to regulate stress and anxiety-related behaviours, specifically CB1 and serotonin receptors. CBD therefore helps to balance the overworked and out of balance ECS, bringing about a reduction in stress and anxiety.

Both CB1 and CB2 receptors are found on the cells of the immune system, which suggests that cannabinoids play an important role in regulating our immune response. Cannabinoids exert their anti-inflammatory properties through the process of apoptosis – the immune systems way of removing waste and toxins to stop illness and maintain balance, or homeostasis. They also inhibit cell proliferation, where cells increase in number and size through cell growth and division. Cannabinoids also have an impact on T-regulatory cells, or Tregs; cells that have a role in regulating or suppressing other cells in the immune system, controlling the immune response.

This evidence suggests that the ECS has immunomodulatory properties. Cannabinoids have been tested in several experimental models of autoimmune disorders, such as rheumatoid arthritis, colitis and hepatitis, and have been shown to induce multiple anti-inflammatory pathways. Cannabinoids suppress the inflammatory response of the immune system.

This particular benefit to CBD and other cannabinoids makes it useful for not just tackling the symptoms of autoimmune diseases, but for reducing inflammation within the body after exercise – CBD is great to use to recover after working out, to soothe sore and overworked muscles. Of course, inflammation is essential for muscle growth and repair after exercise, but excessive inflammation may contribute to prolonged muscle soreness and delayed functional recovery.

Overall, it is clear that CBD and the Endocannabinoid System have important functions for overall health and wellbeing, and are applicable to a wide range of concerns and disorders. Indeed, CBD is being used by more and more people around the world – for regulating stress and mood, managing pain, fighting runaway inflammation, and more. With that being said, researchers are still deciphering the specific details and nuances of this complex system, and science doesn’t yet know the complete solution for restoring balance to the ECS. When we consider that CBD has been proven to be safe, non-toxic and lacking negative side effects, this cannabinoid holds a great deal of potential for therapeutic, medical and holistic applications in the future.

Sarah Loker is a qualified yoga instructor, with experience working for a variety of brands in the holistic and wellness fields. She has organised and managed various yoga and wellness retreats, events and workshops, and is inspired by sharing timeless, holistic wisdom with others. She’s passionate about the earth, nature and all that life has to offer, always striving to live harmoniously with the planet. She has an adventurous soul, with a love for travel and exploring new cultures. Her main goals are to live happily and healthily, whilst empowering others to connect on a deeper level with themselves and the world around them.