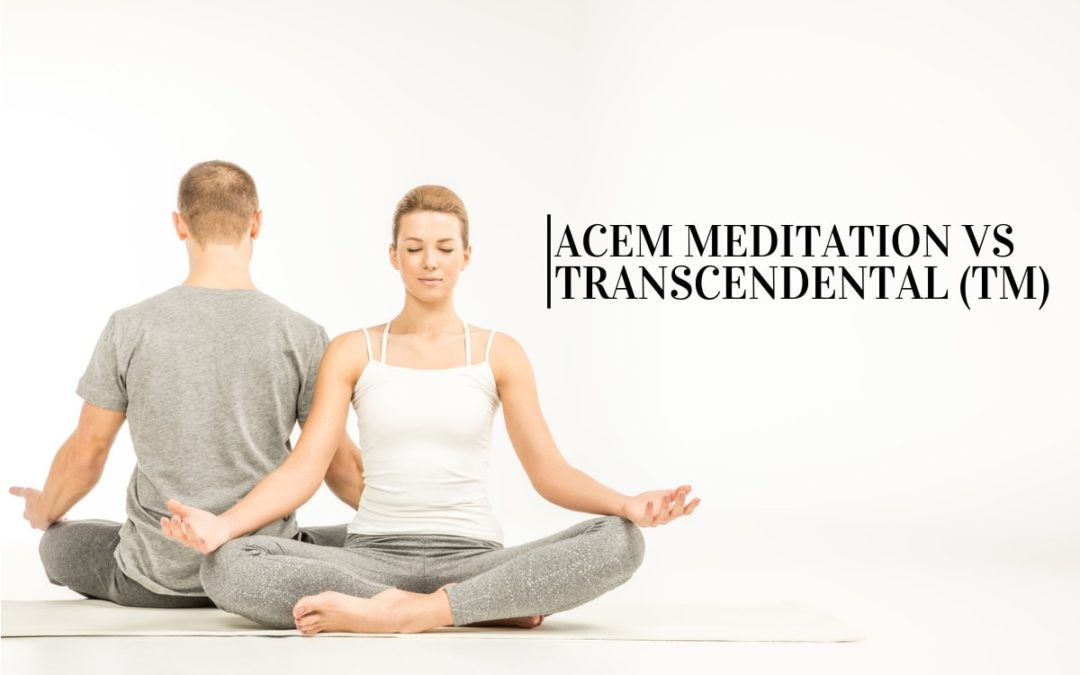 Both Transcendental Meditation and Acem meditation are relatively young meditation techniques developed in the mid-twentieth century and involving the mental repetition of a mantra (which in Acem they refer to as a “method sound”).

According to Wikipedia, a mantra is:

a sacred utterance, a numinous sound, a syllable, word or phonemes, or group of words in Sanskrit believed by practitioners to have psychological and spiritual powers.

Both TM and Acem have divorced the mantra from its religious backgrounds for the purpose of reaching more people and gaining more practitioners. Meditators can be religious or spiritual but it is not a requirement.

Practitioners of both have reported similar benefits including relaxation, improvements in blood pressure, heart rate variability, increased empathy, greater ability to relate to others, self-acceptance and understanding. The induced relaxation can also alleviate symptoms related to insomnia, concentration problems, headaches, and other ailments caused by stress. 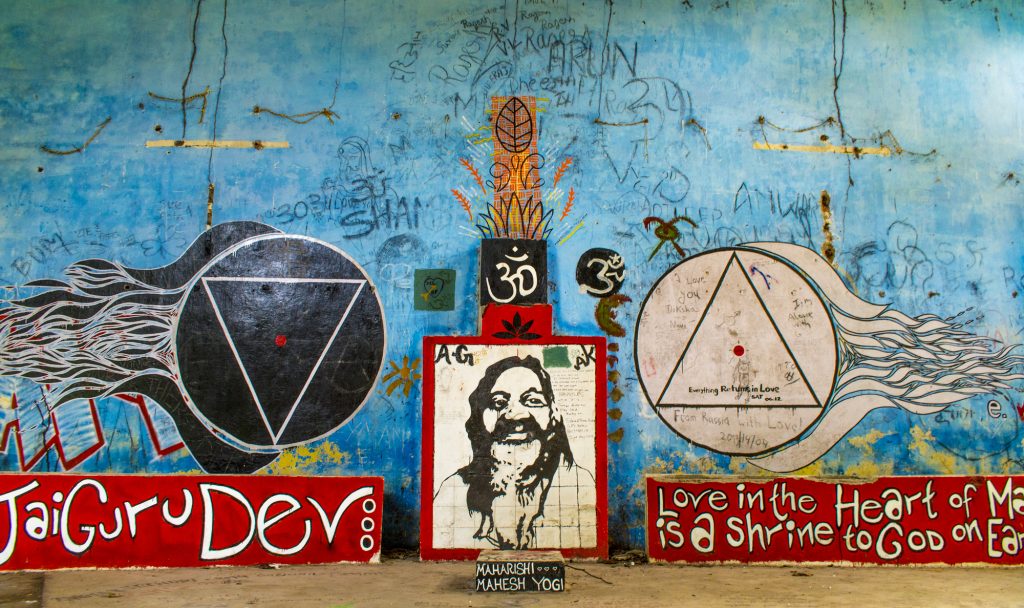 The famous “Beatles Ashram”, a training center for students of Maharishi Mahesh Yogi in Rishikesh.

The Maharishi gave spiritual instruction to thousands during his seven years of world travels beginning in 1958. TM became wildly popular in the 1960’s and 70’s. At this time, the Maharishi shifted to a technical rather than spiritual presentation. He began training teachers and created a giant international organization. By the early 2000’s, the TM organization had grown to include educational programs, health products and other services.

This specific form of silent mantra meditation can only be taught (supposedly) by certified teachers in a seven-step course. Maharishi explicitly said that mantras should not be spoken aloud, written down or assigned meaning. The guru passed away in 2008, but the TM organization is still going strong.

TM is seen and understood in many different ways, depending on who you talk to. For some it’s considered to be a religious practice while by others not so much. It has been labeled a cult by some authorities while at the same time also been endorsed and praised for its various benefits by celebrities like The Beatles in the sixties to Jerry Seinfeld and David Lynch today.

TM practice involves the use of a mantra for 15 to 20 minutes twice per day while sitting with your eyes closed. It differs from other common techniques of meditation in that it involves no concentrating, no control of the mind, no monitoring or labeling of thoughts (as in mindfulness) and no trying to “empty the mind”. In other words TM is all about repeating your designated mantra over and over again. 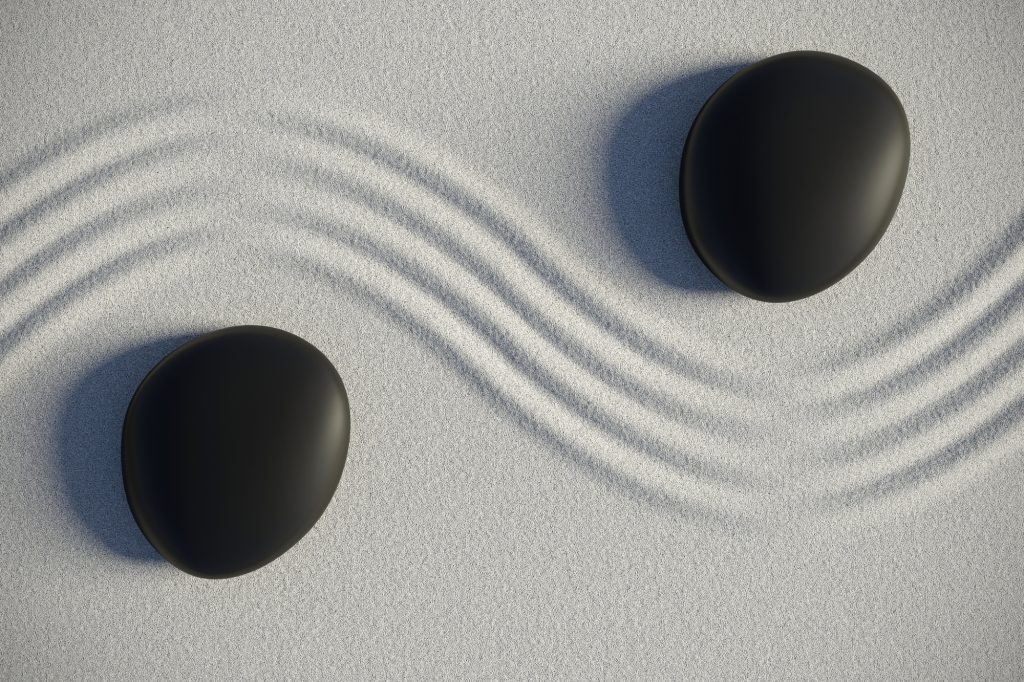 Acem meditation is a non-religious meditation technique that grew out of Transcendental Meditation. Developed in Norway beginning in the sixties by Are Holen, who himself had learned TM from Mahesh Yogi in 1962. Four years later in 1966, Holen established the Academic Meditation Society, later renamed Acem School of Meditation, and began to teach at the University of Oslo. However, Acem distanced itself from the TM movement in the early seventies due to disagreements about methods and ideology.

Like TM, Acem meditation involves mental repetition of a sound without effort. Thoughts and other mental and physical impressions are allowed to come and go freely. Like TM there is no attempt nor effort at emptying or stilling the mind.

The Acem technique is now taught throughout Europe and in India, Dominican Republic, Taiwan, the UK and the US. Being a secular meditation technique, it is scientifically-backed with psychological and physiological benefits.

Its main difference from many other forms of meditation is that it is process-oriented and does not focus on concentration. Instead, the technique allows the practitioner to let go of effort and engage in some of the spontaneous thoughts that come and go during the practice. This practice enables deeper relaxations and allows for deeper personal growth, according to Acem.

Acem meditation may also help the practitioner to alter and/or improve certain parts of his or her personality, leading to a mindset of expanded consciousness and greater sensitivity.

The limitations and shortcomings in one’s everyday life are often mirrored in each one’s meditation practice, which makes the session itself a perfect opportunity to allow certain detrimental tendencies to surface. For example, someone who has a bossy personality may initially repeat the meditation method sound too forcefully or aggressively, this in turn, if practiced sufficiently and correctly, can gradually soften by the gentle and light nature of the Acem meditation technique.

How to perform Acem

Acem meditation is a simple meditation technique, here’s how you do it in a nutshell:

Note that the process of choosing a method sound in Acem is usually learned in an introductory course in Acem. However you can choose whatever sound/mantra you wish, as long as it’s devoid of meaning, any short word consisting of vowels and consonants will do just fine.

Essentially Acem and TM offer the same basic technique with slight modifications here and there. However the two organizations do have some considerable differences when it comes to the business side of things, i.e. the prices and type of organizations that are behind them.

In its early days, TM was taught by donation or on a sliding scale based on income. Today, TM is quite pricey at $960 dollars for adults, $480 for full-time college students and $360 for high school students to enroll in a beginner’s course at any TM Center in the United States. Mahesh Yogi made a public address in the mid 1990s stating that the technique should primarily be taught to wealthy leaders in order to enact maximum change in society. Immediately, TM centers worldwide raised their prices substantially.

In contrast, because Acem is for the most past a nonprofit organization and the meditation teachers are generally unpaid volunteers, their courses are much more affordable. The beginner’s course is $95 in the US, advanced meditation courses are $60 and most group meetings are either $5 or free.

The truth is that these meditation techniques are rather simple yet potentially beneficial techniques. Our opinion is that the TM courses are grossly overpriced and what you end up paying for is probably more the community and the guidance rather than the technique itself. With a little desire and curiosity, you can reap the benefits of these “mantric techniques” without breaking your bank.